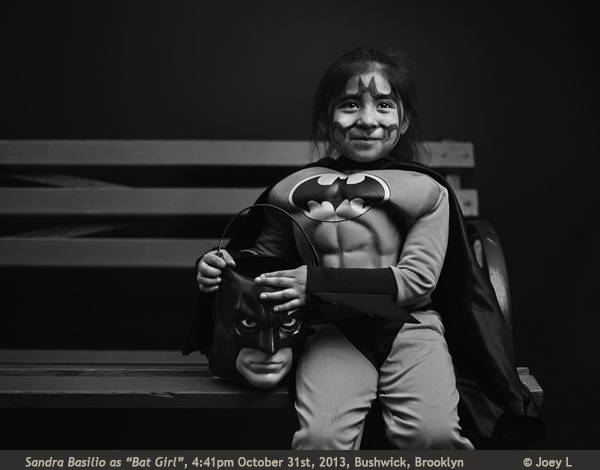 
Annually since 2010, Joey L has  been photographing Halloween revelers on the streets of his New York neighborhood. His stunning  Halloween in Brooklyn series is an expanding work-in-progress, with plans laid for another shoot this year. We can’t wait to see this year’s results.

“In March 2010, I tried desperately to get to the Maha Shivratri Festival in India, a Hindu festival celebrating the God Shiva. I had a commercial shoot booked in Dubai and intended to complete that job, returning via India. To make a long story short, the Dubai shoot was postponed. I stayed there in limbo, and never made it to the festival. Plane and train tickets booked from Delhi to Varanasi sat unused and were nonrefundable. There’s always next year, I thought to myself.

Around that time, I began to think about the strange festivals I grew up with, such as Halloween. I realized what seems perfectly normal to me, would appear bizarre to outsiders. All along, Halloween had been happening just outside my doorstep. I wanted to photograph this series from the perspective of a foreigner looking in, as if I were making an ethnographic study of all the costumes and characters I found. My neighborhood, Bushwick, is a predominately Puerto Rican / Dominican neighborhood in Brooklyn. Although it is said to be the 7th most impoverished neighborhood in New York City, the costumes remain elaborate and creative. Parents watch carefully over their children as they walk door to door seeking the next trick or treat. It’s Halloween in Brooklyn, and it’s only one day a year.

In this series, every subject was photographed within a few blocks of my apartment. As you step back and observe the world around you, you discover new things that have been right in front of you all along.”
~Joey L 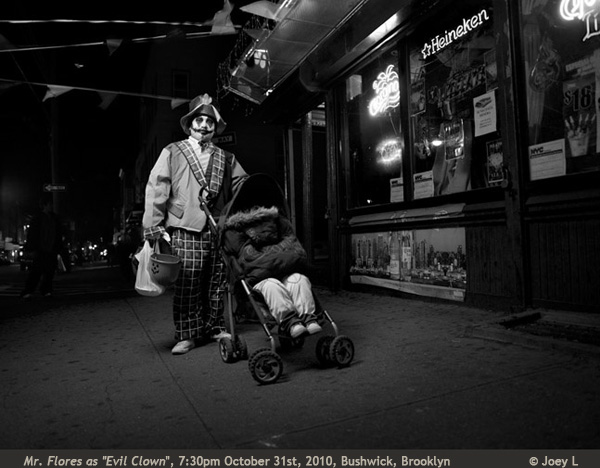