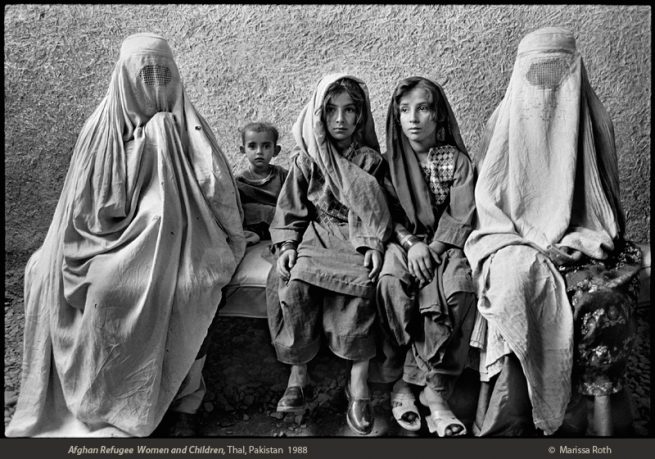 Reflections on Her Career as a Photographer and Current Work

When I reflect on the arc of my career as a photographer, it is with a great amount of gratitude as it’s been a remarkable journey so far, and wholly unanticipated. While growing up in Los Angeles I never proclaimed that I wanted to be a photographer. I just felt it deeply inside, in my drive, in my activism, in my need for creative expression, and in my insatiable sense of wonder.

I came of age in America in the 1960’s and 70’s, where the backdrop of my youth was the Vietnam War, the Women’s Movement, the assassinations of the Kennedy’s and Martin Luther King, the civil unrest and all of the rapid cultural and social changes. Photojournalism was my visual access point for current events as my parents subscribed to Life, Look and National Geographic magazines, and the Los Angeles Times newspaper.

In college, I became a staff photographer on the school newspaper, the U.C.L.A. Daily Bruin, and after graduation I naturally chose photojournalism for my profession, as I had been profoundly influenced by it, and it suited my character. It was immediate, physical, impactful and fun.

Los Angeles was a city of contradictions then, as it still is. On any given day working as a photographer for the Los Angeles Times, and later the New York Times, I would pivot from covering a gang shooting in South-Central L.A. to donning evening clothes and photographing a Hollywood star-studded movie gala. As I mastered my craft and travelled the world, I recognized deeper yearnings in myself that propelled me to tell global stories.

I certainly never expected to create a personal photographic project, One Person Crying: Women and War, which spans thirty-one years of my photography. But somehow I was gripped by the theme of how women around the world were impacted by war, which I felt was an underreported perspective on war, and wanted to tell their stories of courage and heartbreak over and over again through numerous subjects. I needed to understand how women from countries as diverse as Japan and Northern Ireland, Hungary and Vietnam, not only survived their war experiences, but thrived afterwards. It was only when I was about 20 years into the project that I recognized where the core impulse to undertake it came from – my own family’s tragic World War II history.

I often ask myself, where do these photographic projects come from? What informs and inspires us, and shapes and propels us almost to the point of obsession to be possessed by a subject and carry it through to completion. Do we choose these projects or do they choose us, mysteriously informed by who we fundamentally are, shaped by our personal histories and influences. And how do we recognize in a split second the amalgam of visual elements, intellectual interest, and intuitive recognition by responding with the potent need to capture it all through ours cameras.

I am a storyteller at heart, and now as a curator in addition to my photography, I am undertaking a new project to create a retrospective exhibition about the esteemed Australian photographer, Frank Hurley, who was aboard Sir Ernest Shackleton’s ill-fated Endurance expedition to Antarctica in 1914. Hurley is known most notably for the monolithic images that he took while the ship was trapped in the ice, but in fact, his career took him around the world for decades. He visited the Antarctic six times between 1911 and 1932, and worked during World War I and World War II, serving as the official photographer with the Australian Imperial Forces during both wars. Hurley’s images of battlefields and death are equally as powerful as his Antarctica photographs, yet he is not well known for these. I believe that Frank Hurley’s life’s work deserves to be showcased in its entirety.

In addition to the research in all of the archives in Australia and England that retain Hurley’s photographs and original glass plates, negatives and transparencies, writings and ephemera, I will also put on my photographer’s hat by following in his footsteps, literally, photographing in a number of locales where he photographed; Antarctica, Australia, Papua New Guinea, selected battlefields in Belgium, including Ypres, and the Middle East.

I would like to understand from a purely sensory standpoint what Hurley saw and experienced in each of these locations in terms of the light and air, the sounds, colors and tones. I know that on the surface everything in each of these places will be contemporary, but it is within the overall environment as the setting that I am interested in seeing and feeling and potentially interpreting his experiences. I will photograph, as well, as a record, and the images will be incorporated in multi-media components in the exhibition. I am very pleased to say that Leica Mayfair is a sponsor on the project, and that I will bring the Q that they are loaning me for the duration of the project, to document these journeys.

In early January during a trip to London, I had the great honor of meeting with Honourable Alexandra Shackleton, Sir Ernest Shackleton’s granddaughter and the President of the James Caird Society. Sitting in the foyer of the Royal Geographical Society waiting for our ‘in-conversation’ meeting with Alasdair MacLeod, the Head of Enterprise and Resources, I saw a rare winter beam of sunlight reflecting on the wall and asked Alexandra if I could photograph her there. She said yes and stated, “Please take a picture of me smiling.” Of course, I obliged her, and made about 20 images with the Q before Alasdair came by to take us into a meeting room in the reading library. As we entered the small glass-walled room, I looked up and saw that it was named the Antarctica room.