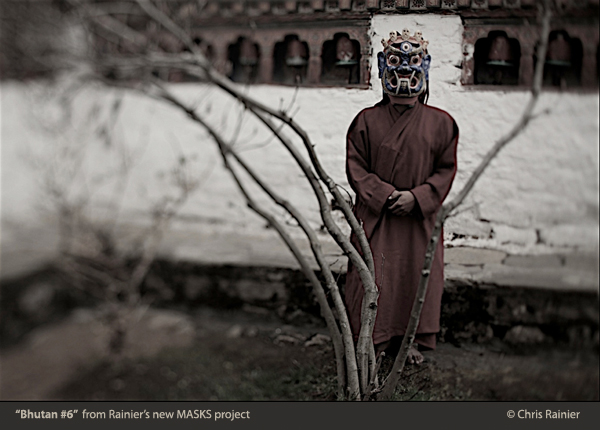 “Just back from Japan – and a very successful shoot. And I leave tonite for four days in Norway to present at Nordic Light International Festival of Photography. I have a major exhibit opening as well as a keynote lecture. I return on Sunday. Then leave for Australia (where I have a Museum show opening and a Keynote speech at the Australian Major Photo festival – called HeadOn). I then dash to New Zealand and repeat that at the Auckland Festival of Photography the following week. . . A crazy but productive schedule …”

Join Rainier at the following festivals to see exhibits of his work, hear him speak +/or perhaps have a portfolio review and join in the festivities…

Nordic Light International Festival of Photography Kristiansund , Norway, is a one week international gathering that celebrates photography as an art. The festival’s philosophy is to bring photography out to the people, to define what is a good photography, but also to give the photography strength as a mean of communication.

Head On Photo Festival , Australia’s largest photography festival, returns to Sydney 12 May- 8 June 2014 for its fifth year. This year’s festival showcases the work of emerging and established artists from across the globe.

Auckland Festival of Photography, 29 May to 20 June 2014, is New Zealand’s largest photographic event, encouraging more people to celebrate the art of photography through free public access alongside professionally curated exhibitions.

Chris Rainier is a National Geographic Society Fellow and documentary photographer – who is highly respected for his documentation of endangered Cultures and Languages around the globe. During his continued tenure with the National Geographic Society he has been the co-founder and co-director of both the Enduring Voices Language Project and Director of the All Roads Photography Program, designed to support indigenous groups with modern technology desiring to document their traditional culture and create sustainable solutions to preserve the planet. Rainier has completed photographic documentation Expeditions on all Seven Continents including the North Pole.

Rainier’s photography and books have been widely shown and collected by museums around the world, including the Australian Museum in Sydney, the Bibliothèque Nationale in Paris, the International Center of Photography in New York, and the George Eastman House International Museum in Rochester, New York, The National Geographic Society, and the United Nations. Rainier has published five books focused on traditional Culture, and “Cultures on the Edge” was recently published by the National Geographic Society. “Masks”, his new book and traveling exhibition project, is currently under development.