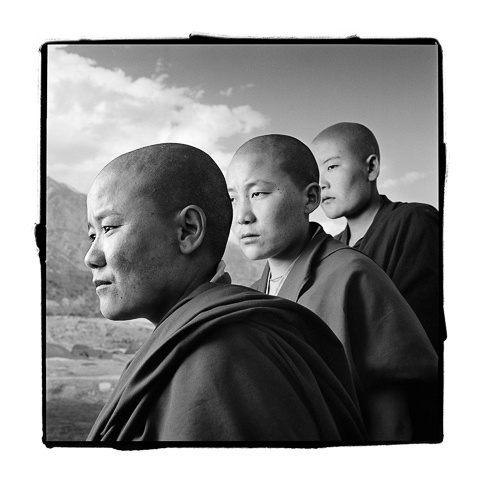 These nuns had just arrived at the Dolma Ling nunnery in India after fleeing Tibet. In 1992 they were arrested, beaten, shocked with electric cattle prods and imprisoned two years for placing posters in Lhasa protesting the occupation of Tibet. Several times while talking, Dechen broke into tears, quietly excused herself and continued relating her story.