Update from Kids with Cameras 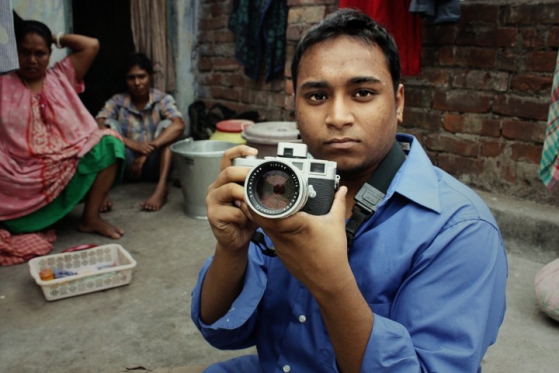 Almost ten years ago, I was introduced to a young struggling photographer, Zana Briski, who had lived in and photographed the life of a brothel in Kolkata, India, getting to know the sex workers and their children, Untouchables, over an extended period of time.

Zana soon forged a relationship with the children, bought inexpensive cameras and started teaching them how to capture their world through the eyes of a lens, eventually winning an international competition for their images. Zana also started to enroll her small group in sympathetic local schools, all on her long suffering credit card.

During our meeting, she needed to raise money for the children as well as for her ultimate goal to make her film : Born into Brothels. Thanks to grants and individual donors, both goals were achieved against all odds.  Born Into Brothels was made and won an Academy Award. The children are now part of a Kolkata based charity KIDS WITH DESTINY dedicated to serving underprivileged children in India and assisting their mothers, who wish to enter a new life.

In July 2005, Avijit one of the older boys , won a High School Scholarship to one of the most prestigious boarding schools in the US. And in the Fall of 2012 Avijit graduated from NYU Tisch School of the Arts and is looking for a job ( see below).

We here at photokunst thrive on these stories. This is what drives us and so many documentary photographers and film makers: highlighting the unjust conditions we see and making a difference.

5 Responses to Update from Kids with Cameras