Warning: count(): Parameter must be an array or an object that implements Countable in /home/customer/www/photokunst.com/public_html/photographer_bio.php on line 23
 Biography of Photographer Chris Rainier | photokunst
photokunst
Navigation
Skip to content 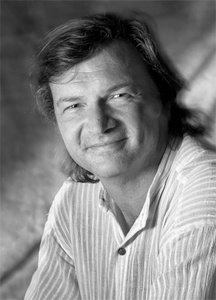 Chris Rainier is considered one of the leading documentary photographers working today, and was named one of the 100 most influential people working in photography today by American Photo Magazine. His enigmatic images of sacred places and indigenous peoples of the planet have been featured in preeminent publications including Time, Life, National Geographic publications, Outside, Conde Nast Traveler, The New York Times, Smithsonian, Mens Journal, Islands, The New Yorker, German and French Geo, and the publications of the International Red Cross, The United Nations, and Amnesty International.

Rainier specializes in documenting indigenous cultures. His life’s mission is to aid the empowerment of Indigenous peoples, enhancing their cultures and lives, through facilitating their appropriation of photography and technology. He teaches seminars internationally as a tool for worldwide social change, and is a requested lecturer by distinguished organizations and institutions.

Rainier has received a multitude of awards for his photography including: five "Picture of the Year Awards" for his continued documentation of vanishing tribes, A Communication Arts award for his last book, Where Masks Still Dance: New Guinea, and an International Golden Light Award for his first book, Keepers of the Spirit. His other books include Ancient Marks, which was made into a DVD that received broad viewership in film festivals. His current project Masks, is under development.

Rainier's photographs have been widely displayed and collected internationally, including; The George Eastman House, Rochester, NY; The International Center for Photography, NY; The Royal Geographic Society, London; The Museum of Tolerance, Los Angeles; The Bibliotheque Nationale, Paris; The Australian Museum, Sydney, The Annenberg Space for Photography, Los Angeles; The Museum of Fine Arts, Houston,TX and many more.