Warning: count(): Parameter must be an array or an object that implements Countable in /home/customer/www/photokunst.com/public_html/photographer_bio.php on line 23
 Biography of Photographer Colin Finlay | photokunst
photokunst
Navigation
Skip to content 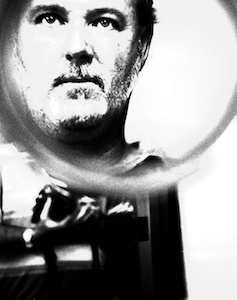 Colin Finlay is one of the foremost documentary photographers and filmmakers in the world. For almost twenty-five years, Finlay has chronicled the human condition with compassion, empathy, and dignity. He has covered war and conflict, disappearing traditions, the environment in both its glory and its devastation, genocide, famine, religious pilgrimage and global cultures. In pursuit of his passion, he has circled the

globe twenty-seven times, in search of that one photo that will be a testament to the depth of human will and compassion, of hope and of an informed collective consciousness. His work has been honored by prestigious organizations such as the Lucie Award/IPA, New York Art Directors, Photo District News (PDN), Applied Arts, International Center for Photography, and the Academy of Television Arts and Sciences. He has been awarded the prestigious Picture of the Year International (POYi) honor six times.

Finlay has published 10 books including The Unheard Voice, Portraits of Childhood (1996), a collection of B&W images of children caught in the midst of conflict, Testify (2006), which won 1st place “Book of the Year” from POYi, and Darfur: Twenty Years of War and Genocide in Sudan (2007), which was co-produced with Proof and Amnesty International, and brings to light the history of war by eight world-renowned photographers and writers.

In 2007, Finlay’s focus on exposing global environmental concerns and their connection with humanitarian crises resulted in publication of 12°N x 23° E, 64°S x 60° E (2007), an accordion-fold book that features contrasts between photographs taken in South Sudan and Antarctica. This book project evolved into an exhibition of the same name, and which is produced as a large art installation piece. The book and exhibition highlight cause and effect, allowing the viewer to explore and discover their own conclusions on climate change.

In addition to book and photography projects, Finlay is an accomplished musician, with his compositions accompanying his latest photography exhibition, Of Consequence. Finlay has participated in a number of TEDx events nationally, and is invited to speak regularly at a variety of prestigious events and institutions, such as the Annenberg, LACMA, ADOBE, Goldman Environmental Awards, and the Ford Foundation.

Finlay is passionate about humanitarian efforts and even co-founded the non-profit organization Proof: Media for Social Justice to help address issues faced by populations in post-conflict societies, and to encourage social change through photography.