Warning: count(): Parameter must be an array or an object that implements Countable in /home/customer/www/photokunst.com/public_html/photographer_bio.php on line 23
 Biography of Photographer Yousef Khanfar | photokunst
photokunst
Navigation
Skip to content 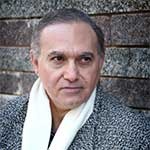 Yousef Khanfar is an award-winning international author, photographer and humanitarian, who captures images that transcend the dark corridors of our world and take us to a place where we can find peace and humanity.
Of Palestinian origin, Yousef was born and raised in Kuwait, where he grew up exposed to images of war and violence. He needed a voice to express his inner turbulence, and photography gave him that voice. As he has said, “I have chosen to carry a camera and a pen instead of a gun, and promote peace around the world; I believe peace is a finer horse to ride than violence.”
At eighteen, he left for the United States, where he continues to reside. He distilled the beauty he saw around him with his camera, and as Ken Whitmire, former President of the International Photography Hall of Fame and Museum said, “Out of the Arabian Peninsula, came a lone and landless photographer who has listened to and chased the light like an animal and a predator for twenty years. He has created a breath-taking and dazzling body of work.”
In 2000, his first book was published, Voices of Light, a collection of his poetic musings and fine art landscape photographs taken throughout the world. The images in this book embody the touchable and untouchable, secretive and evident mysteries of nature. Yousef ’s photographs are at times dreamy, at times suggestive, and other times, spiritual.
In 2003, Yousef was selected and listed as one of the World’s Top Photographers by RotoVision publication in London among only 38 other professional photographers in the world.
In 2006, his second book was published, In Search of Peace, an original body of work designed as a Visual Symphony of three movements, entitled Sublime, Freedom and Divine. In this book, Yousef aims to provoke us and lead us into dialogue and awareness of humanity and ourselves. Whether the photograph projects the conflict between earth and sky, the movements and arguments of mood, or the wreckages of souls, one always hears his symphony.
In 2007 his book, In Search of Peace, was the Award winner of the 2007 IP Outstanding Book of the Year, in the Most Life-Changing category. He also was selected as artist of the year by Mont Blanc to help with UNICEF (United Nation), to promote literacy around the world. In 2009, The Fulbright Center for Peace in Washington, DC selected his book In Search of Peace as the book of choice, to be gifted in the Global Symposium of Peaceful Nations.
In 2013, his third book, Invisible Eve, was published by Rizzoli, New York. The book is a book about voices of women, cast away and forgotten, from behind prison walls. From their own unfortunate experience, they share their words of wisdom with the next generation, in the hope of preventing young girls from ending up in prison. Some of their messages are insightful, powerful and some painful.
Yousef ’s work has been featured in many magazines including: Oprah, International Photo Art, Amateur Photographer, Oklahoma Today, Persimmon Hill, Photo Life, Outdoor Photographer, Nature’s Best and Soura. His art has been collected and exhibited in galleries, cultural centers, and museums worldwide, and his work is included in the permanent collection of the International Photography Hall of Fame.