Warning: count(): Parameter must be an array or an object that implements Countable in /home/customer/www/photokunst.com/public_html/photographer_bio.php on line 23
 Biography of Photographer Heinrich Harrer | photokunst
photokunst
Navigation
Skip to content 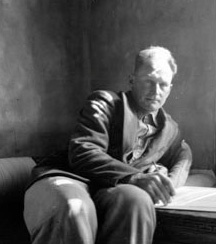 Heinrich Harrer (1912 - 2006), noted Austrian explorer and mountaineer, escaped over the Himalayas from a prisoner-of-war camp in British India, arriving in Tibet in 1944, and then lived and worked as a fifth-ranked nobleman in the forbidden city of Lhasa. As confidant and informal tutor to the Fourteenth Dalai Lama, Harrer was afforded access to ceremonies and customs that had been rarely witnessed by Westerners.

In the company of the Tibetan nobility, Harrer photographed a virtual family album of their lives and, in so doing, captured the richness and heart of a people: the moments with friends and family who had long accepted the photographer. The Tibetans' joy at play, the leisure of the nobility, the splendor of the Buddhist rituals, the windswept plains of the high plateau—Harrer's photographs document this with a mountaineer's sense of scale and an explorer's sensitivity to culture.

Harrer left Lhasa in advance of the Chinese army in December 1950, to later meet the young Dalai Lama during His Holiness' first fight from Lhasa. Harrer's memoir, Seven Years in Tibet, has been translated into 53 languages, with more than four million copies sold. In October 1997, a motion picture based on his book, starring Brad Pitt as young Heinrich Harrer, was released to major box-office success.

Harrer’s body of work spanned more than six decades of exploration on six continents. Harrer received numerous honors, including the Eiger Gold Medal, Gold Humboldt Medal, and the Explorers Club Medal, for his many expeditions and explorations, which number more than 600. He wrote 23 books and received credit on more than 40 film productions.

In October 2002, His Holiness the Dalai Lama presented Harrer with the International Campaign for Tibet's Light of Truth Award to honor Harrer’s humanitarian effort to bring the situation in Tibet to international attention.

The Portfolio photographs were shot with a 35mm Leica IIIc with a 50mm Elmar lens, without a light meter. The primary film was a one hundred-meter roll of 35mm, black and silver nitrate motion picture film left in Lhasa by the 1938 German expedition. The photographs were printed on Ilford Multigrade IV 16x20 double-weight silver gelatin fiber paper.

"Harrer was one of the few people living in Lhasa in the twilight years of Tibetan freedom who was able to photograph people and scenes from all walks of life. These photographs form a valuable record of Tibet as it was, and I am glad that they are being presented in this archival portfolio so that others may witness the contentment that was ours."   —H.H. the Dalai Lama