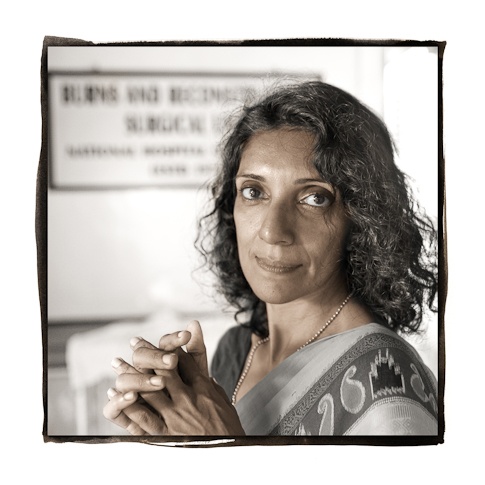 Dr. Chandini Perera is the only female plastic surgeon in Sri Lanka.  Eight years ago she took over the burn clinic of her country’s main hospital.  She began to notice that most of her severe burn patients were women and that the burns followed a similar pattern.  As she got to know the women they confessed that domestic abuse had driven them to set fire to themselves.  Chandini said that in Sri Lankan culture domestic abuse is not openly talked about and in some ways seen as normal.  She now works tirelessly to bring attention to this widespread and hidden problem.