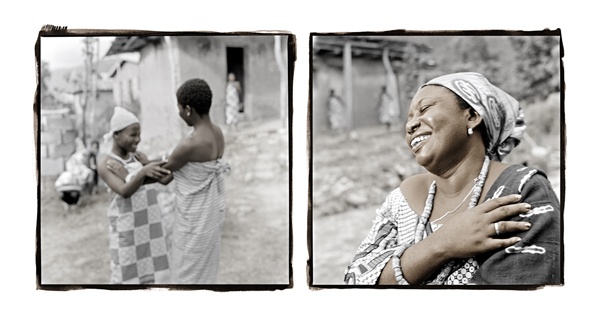 Teke Foliwa was recently crowned “Queen Mother” of Have.  Her first act was to form 16 women’s groups for micro-credit, agriculture production and education reform.  Initially there was concern within the community that she was gaining power to quickly.  She said, “Women are expected to be submissive to the men.  I realized that I could serve as an inspiration for the women here.”  Eventually, the men became impressed with the progress being made by the women and asked for their own groups. This has moved us forward towards becoming a true community,” she says.  “It’s not just the men and the women but all of us moving forward together.”