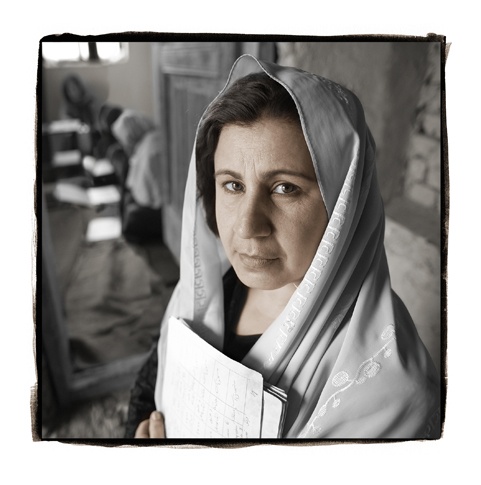 Fahima, a teacher since 1985 was one of the thousands of professional women who lost their jobs when the Taliban came to power.  In defiance of the Taliban and at great risk to herself, Fahima opened a clandestine school for young girls.  At one point 130 girls were coming to her home each week to study math, science and Pushto.  When the girls were asked why they were going to Fahimas’ house, they said she was their aunt.  Although harassed by the religious police and threatened with beatings and worse, Fahima continued operating her school for girls until the fall of the Taliban.