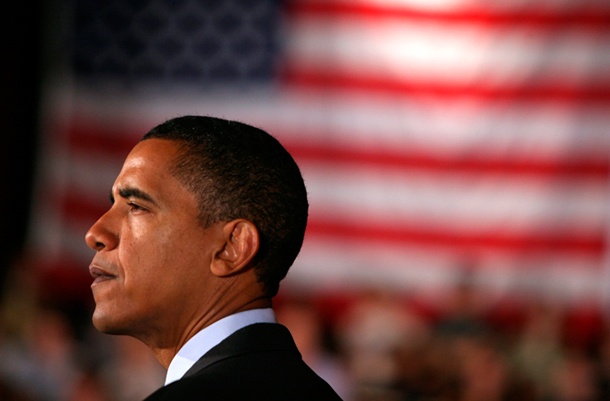 Presidential candidate Sen. Barack Obama during a speech at the University of Iowa in Iowa City on Oct. 3, 2007.

Photo by Doug Mills / The New York Times Photo Archives
This is one of several full-color Times photographs on the president- elect. Each photo is available signed by the photographer for an additional $300.