Return to Collection
Next > 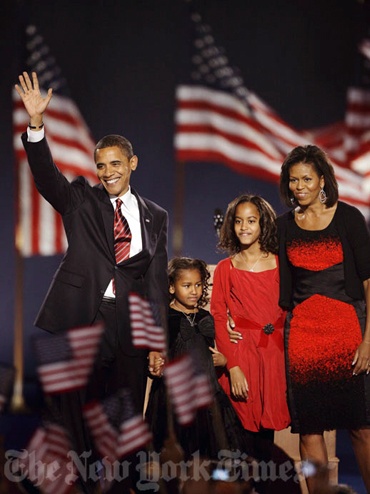 President-elect Barack Obama with his wife, Michelle, and daughters greet supporters in Chicago on the night he was elected to the presidency, November 4, 2008.

This is one of several full-color Times photographs on the president-elect. Each photo is available signed by the photographer for an additional $300.
Photo by Doug Mills / The New York Times