Return to Collection
< Back 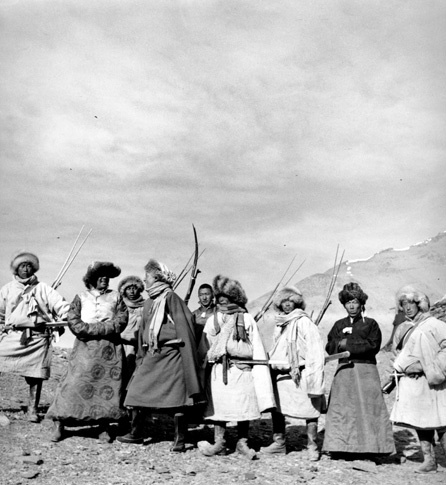 These Khampa warriors are from the toughest tribe in all Tibet. Khampas come from the mountainous, heavily forested Kham province in eastern Tibet. They are renowned for their bravery, marksmanship, horsemanship and fierce sense of independence. These Khampas volunteered to protect His Holiness during his flight from Lhasa in 1951.

This photograph was taken north of Phari during the Dalai Lama's flight from Lhasa, after crossing the frigid, ten-mile Plain of Tuna. These special troops wear fox fur hats and carry typical Tibetan guns with bowed forks to steady their aim.