The Horn at Chagpori
Heinrich Harrer 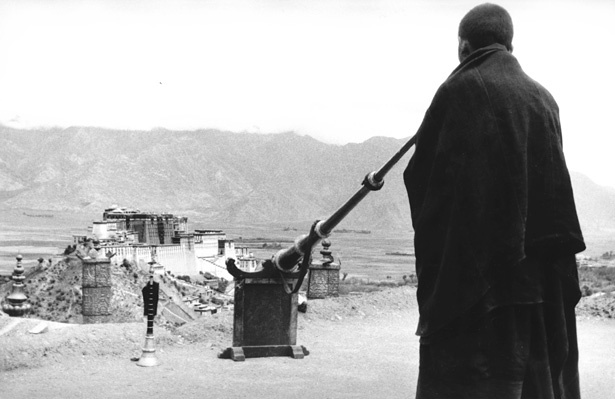 A monk stands on the flat roof of Chagpori, one of the oldest traditional Tibetan Buddhist medical and astrology schools, and one of the most prominent landmarks in the Lhasa Valley. Many renowned Tibetan astrologers and doctors, including the personal physicians of the Dalai Lamas, earned their degrees here.

The Potala, the winter residence of the Dalai Lama and reliquary of his previous incarnations, sits at a commanding height overlooking the capital city. The name ‘Potala’ comes from the Sanskrit word for a mythical holy mountain in the south of India; but to Tibetans it was known as Tse Phodrang, which means, simply and eloquently, Summit Palace.