Arrival of the Ministers
Heinrich Harrer 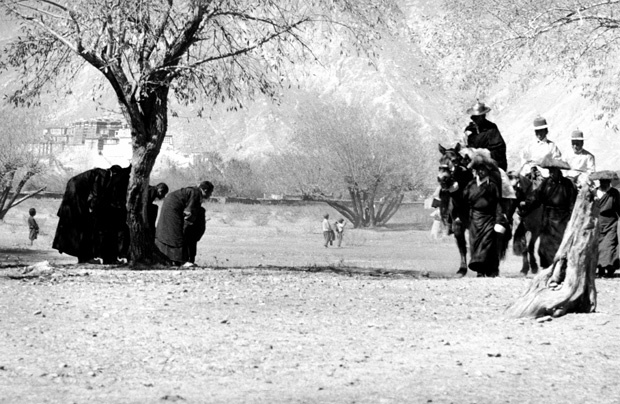 Arrival of the Ministers

Along the right bank of the Kyichu (Kyi River) were several lingka (gardens or parks) with willow and poplar shade trees. The most beautiful were the Tsermalingka and Shugtrilingka. There were no fences or visible partitions between the lingka, and the Dalai Lama's horses grazed freely.

Here, monk officials of the Tsedrung (the Potala's ecclesiastical court) bow in respect before three cabinet ministers who have just crossed the great open fields between Lhasa and the river to attend a banquet. These Kalon (Cabinet Ministers) were three of the four most prominent officials in the Tibetan Government.