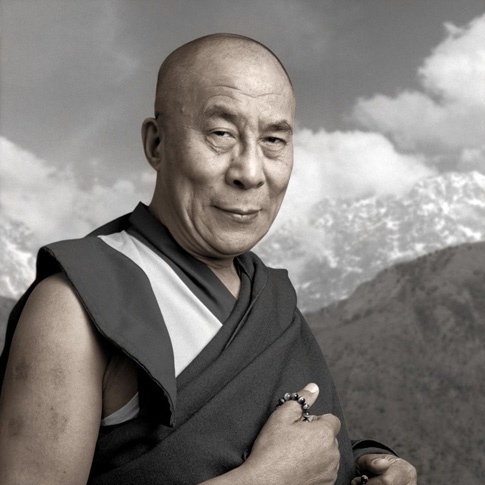 Born to a peasant family, he was discovered to be the reincarnation of the Buddha of Compassion at the age of two. At four he was installed as the 14th Dalai Lama and then as a teenager he faced the invasion of his country. Eight years later he was forced to flee to neighboring India. For consistently advocating the policy of non-violence and compassion in response to the aggression that has befallen his country he was awarded the 1989 Nobel Peace Prize.