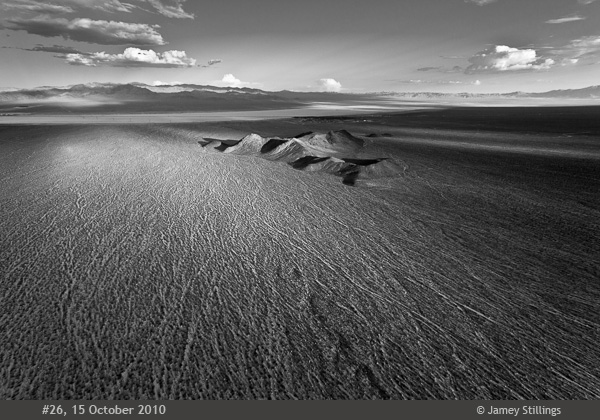 After years of focusing on Human Condition issues, the BP/Gulf of Mexico and the Japanese Fukushima disasters have contributed to our decision to add environmental perspectives to the list of photokunst causes.

We are delighted to have award-winning photographer Jamey Stillings be a part of that vision. His most recent project “Changing Perspectives: The Evolution of Ivanpah Solar” chronicles the development of the world’s largest concentrated solar thermal generating facility in the Mojave Desert of California, bringing a compelling perspective to light, and raising questions about large-scale renewable energy. photokunst will be collaborating with Stillings; a traveling exhibition and photography book are under development.

“Jamey Stillings, though, has far better eyes than I do.  A photographer known for his work capturing mega-scale projects like the new bridge at the Hoover Dam, Stillings has been tracking the construction of Ivanpah since 2010, when he began an aerial survey of the site. His epic black-and-white images of Ivanpah reveal how different this solar plant is from other major infrastructure projects. Unlike solar photovoltaic plants, which generate electricity directly from sunlight, Ivanpah uses hundreds of thousands of curved mirrors to reflect and concentrate the desert sunshine. Three tall solar towers, each ringed by the mirrors, collect the heat and generate steam, which drives electric turbines. When it finally opens later this year, it will be the biggest solar thermal plant in the world.”
~Bryan Walsh,  Time Magazine /Lightbox, 9/26/13

In a recent interview with Huffington Post writer Robin Madel, Stillings offered the following perspectives on his “Evolution of Ivanpah Solar” work:

“I want my work to highlight the intersection of nature and human activity and to bring questions about large-scale renewable energy to the foreground. This is an interesting project to watch. If such projects are documented well from beginning to end, we can learn from them and bring people from different points of view together to explore “What does it mean to build these projects?” via concrete, rather than abstract, examples.”

“Each time I fly, I need to build and layer upon the existing body of work — aware of what I’ve already shot — looking at changes with fresh eyes, and trying to stay intuitive as a photographer. It’s a dance. It’s a wonderful dance and, at times, it feels crazy, because you realize that successful creation of an entire body of work comes down to how you pull it all together during those small bits of time when you’re over the site.”

“I hope this work will eventually have historic merit, allowing us to look back at decisions we are making today.” 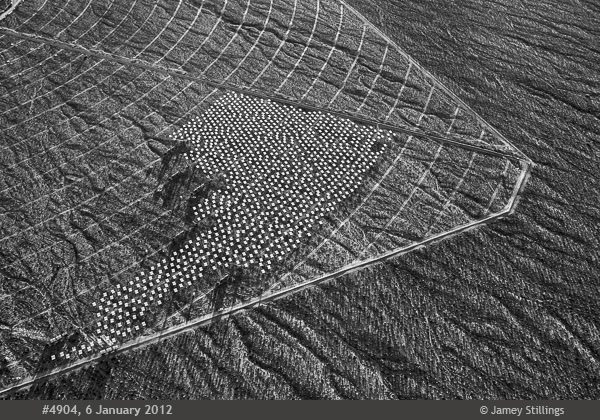 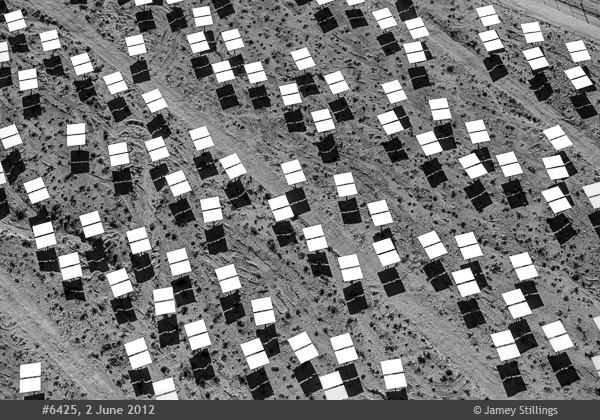